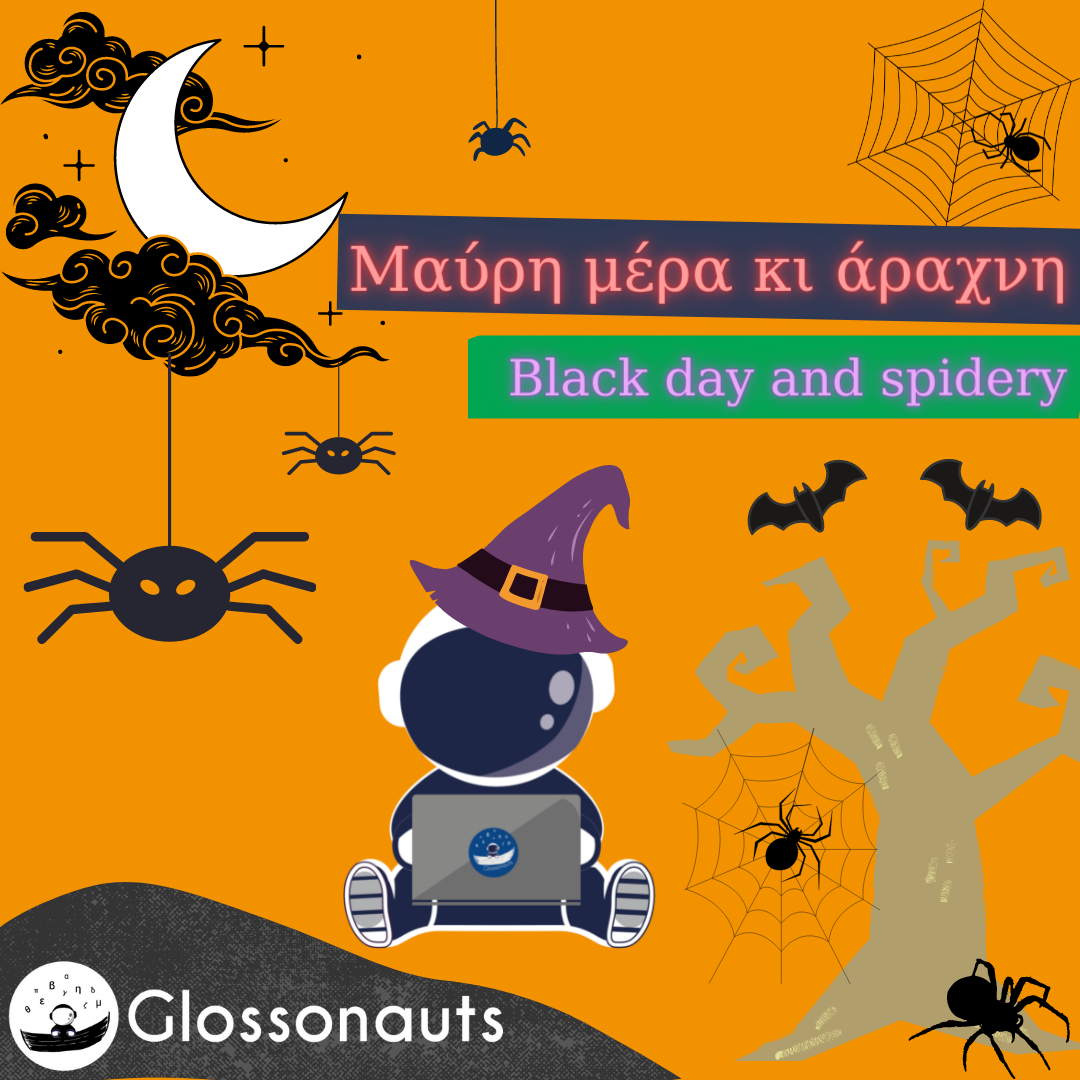 How does a day, that is black and at the same time full of spiders, look like?

Well, let’s take it from the beginning. Greece is a country that has more than 250  days of sunlight each year. This translates into more than 3.000 hours of sun per year! The particular fact places it in the most sunshiny countries of the world and makes it the sunniest country in  Europe (Insider, 2018)!

Thus, in a bright and warm country like Greece, the description of a day as “black” carries a negative connotation and implies misery, great pessimism, and, in general, a really bad mood:

E.g.: “ Everything seems black and spidery to him”.

Now, let’s talk about spiders… The words “arakhni” and “arakhni” consist of the same word, what differentiates them is the stress, which is transferred to the first syllable. We use the word “arakhni” and its more folk version “arachli” as synonymous to misery, bad luck and abandonment. If you had left your house shut for a couple of months while on vacation, you surely noticed some spider webs on the walls, as soon as you had arrived…

We all very well know that cobwebs symbolize “abandonment”! The metaphor of the “spidery” abandonment has been extensively employed in old, pop songs. I cite here the lyrics of such a song written by Kostas Virvos in 1969, entitled “Bats and Spiders”: “Bats and spiders, my love, have built a nest/ inside our desolate, bleak house, as long as you are away”.

Merge the two words (black + spidery) and you have the perfect combination of misery, pessimism, and bad luck!

Well, I wish you never have a black and spidery day, but because it will knock at your door, sooner or later, you need to be prepared…\

What should you not do when one or more “black and spidery” days may approach you?

👉Listen to The Murphy’s law Part I podcast.